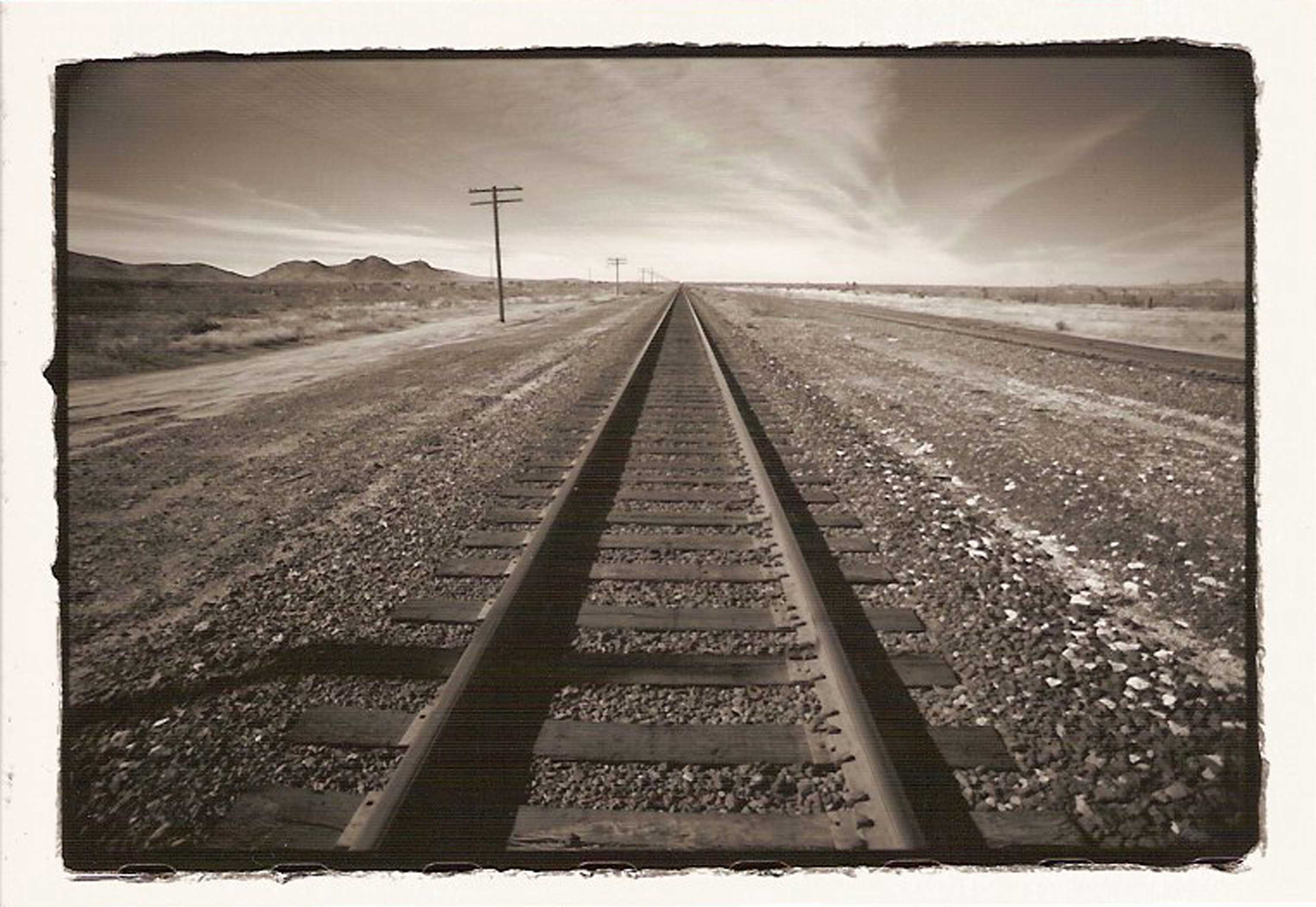 Front Window Gallery is thrilled to present Burton C. Bell’s Descanso. In this haunting photo, Bell captures the palpable, real-time grit of train tracks set against the infinite possibilities of an unfathomable, endless horizon. Here, time and place are at once concrete and ethereal, constantly shifting underfoot. According to Bell, “In the Southwest and West you will see many roadside crosses marking the place where a person died in an auto crash. There are thousands. These markers are called descansos, the Spanish word for rest area. In the year 2001, I made a trip from Los Angeles to Santa in my ’69 Ford F250. My goal was to capture and document as many descansos as possible along Route 66. Many times I ventured off the path to explore. Resonating my journey back to LA, heading west, my future at that moment was infinitely unclear. This is my own personal descanso.”